It’s a ‘Wheely’ Good Time to be a Skater Girl, says Atita Verghese 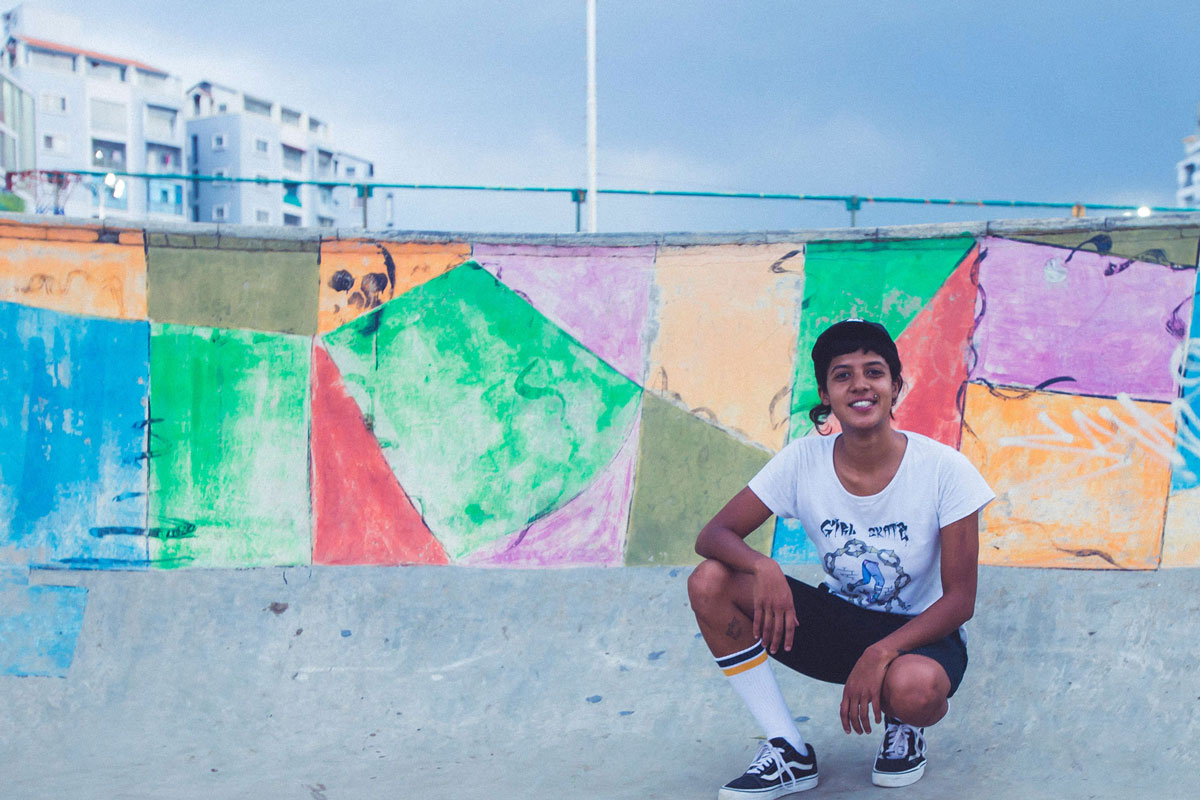 A few weekends ago, we headed to Play Arena — a large, outdoor park that encourages sport and activity of all kinds. There, we had the chance to watch Atita Verghese, founder of Girls Skate India, conduct a free skate workshop for girls and women “of all ages and sizes.”  We caught up with Atita after the event and talked to her about her life, skateboarding in India, and where she hopes it’s headed. It’s so great, what you do. Tell me more — how did you get into skateboarding?

I started when I was 19. I had no idea about skateboarding — I didn’t even know there was a skatepark in our city. I found out only because my friend is one of the founders of The HolyStoked Collective, which is a skateboarding company in Bangalore.

This was in 2012. I saw him and I was kind of curious. I wanted to know where he was going and what he was doing, because he would bring his skateboard out with him whenever we met. And so, I tagged along with him one day. We went to the skatepark and I had a great first day. I loved it right from the beginning. 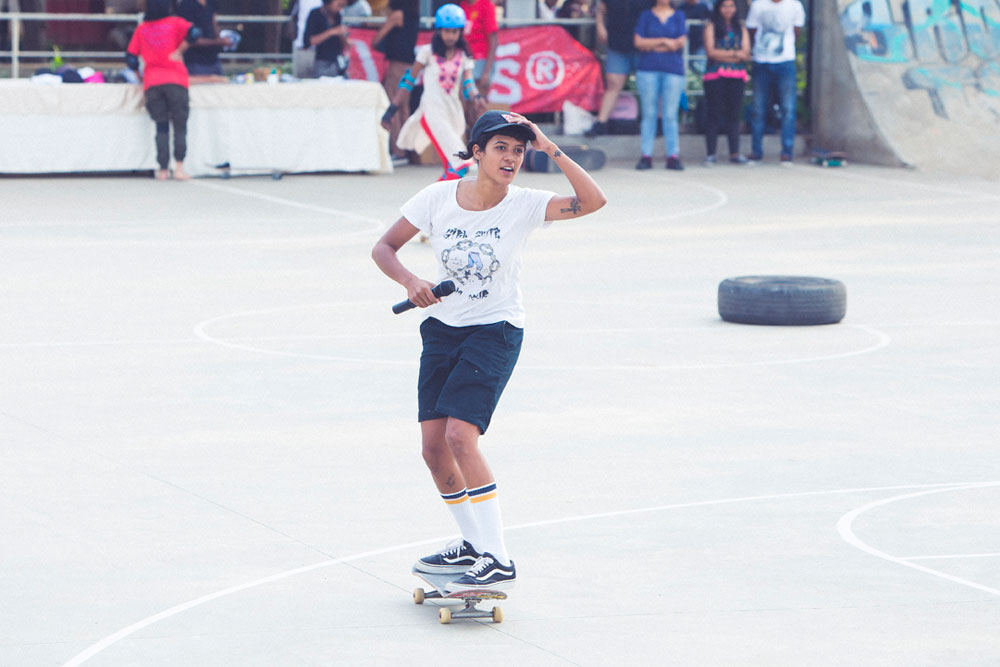 Ok, so how did you go from there to doing it full-time?

I never actually decided to make it a full-time thing. It just kind of organically happened. When I had just started skating, I was working and I would just do it whenever I was free. Once I became better at it, I started taking classes. Then, I was traveling for a while, and after I came back home I needed a job. I figured I could try something related to skateboarding, since I loved it so much. I started taking classes again, which went really well. Things just started gaining momentum after that. 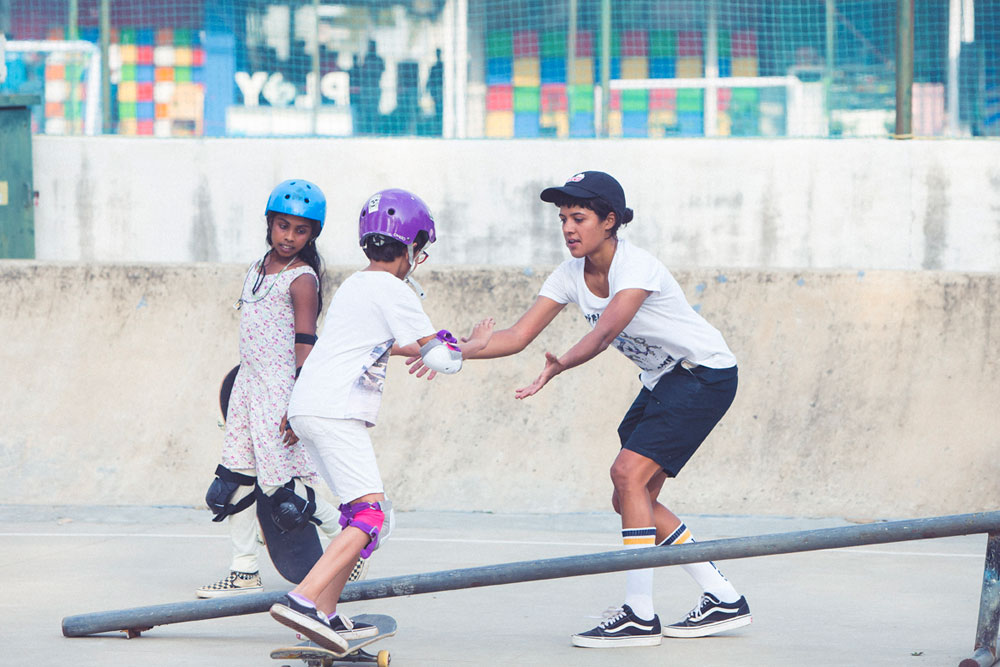 And how long did it take you to establish a name for yourself within the community?

It took a while, and it was only because I stuck at it. There were two other girls who started skating at the same time, but they stopped shortly after. About a year after I began, there was a girl from the UK who found me online and asked to interview me. People then started seeing that there was a skater girl in India! Up to that point, no one even knew there were any girls in the community. And it was only around 2014 that I got my first sponsor. 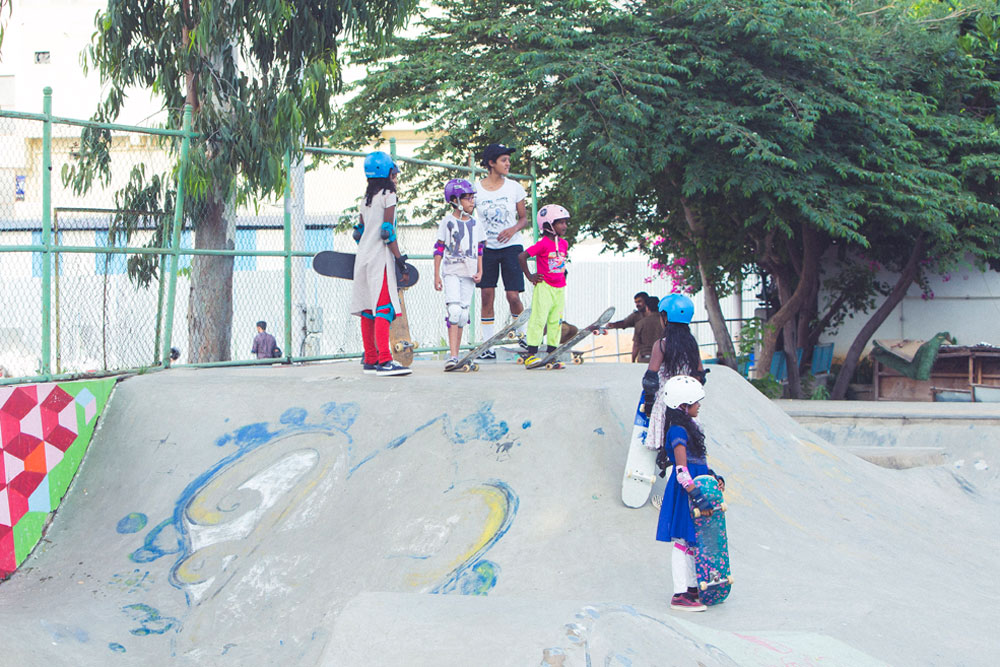 So let’s talk about Girls Skate India. How did you go from conducting workshops to starting a movement?

A few years ago, I realized that there were more and more people who were interested in the skate scene — but only a really small percentage of them were female. And they wouldn’t stick at it for too long. It was just a phase for most of them. But I believe that’s not how it naturally is, and that girls just need a small push and a little more encouragement with these things. Indian women face a lot more barriers than men, and we have to overcome all of those before we can actually do what we want to do, or do something like skateboarding. That’s why I started Girls Skate India. I realized that I could just start something now, instead of waiting for a community to develop and then bridging the gap between men and women skaters.  Now it’s normal to see female skaters in the scene, since they’ve been around from the start. 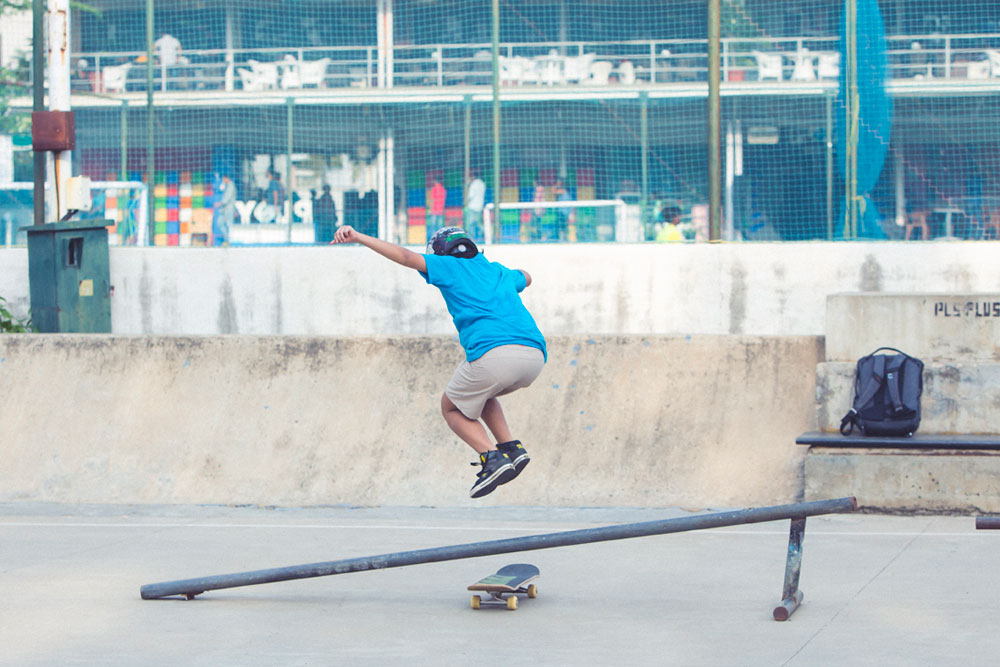 Do you think Girls Skate India has made a difference?

The girls you saw skating at the event are actually from a small fishing village in Kovalam, in Kerala. They go to a school called SISP (Sebastian India Social Project), which uses skateboarding and surfing as incentives to get dropouts and destitute kids back into school. Now, they have a group of about 10 or 12 girls who skate regularly, which is much more than we have in any other city. Even Bangalore doesn’t have that number coming in every single day.

And have you seen them grow as individuals because of skateboarding?

Definitely! Skateboarding has so many benefits, and most people don’t even realize that. It definitely improves confidence, coordination, and even just general enthusiasm for life. 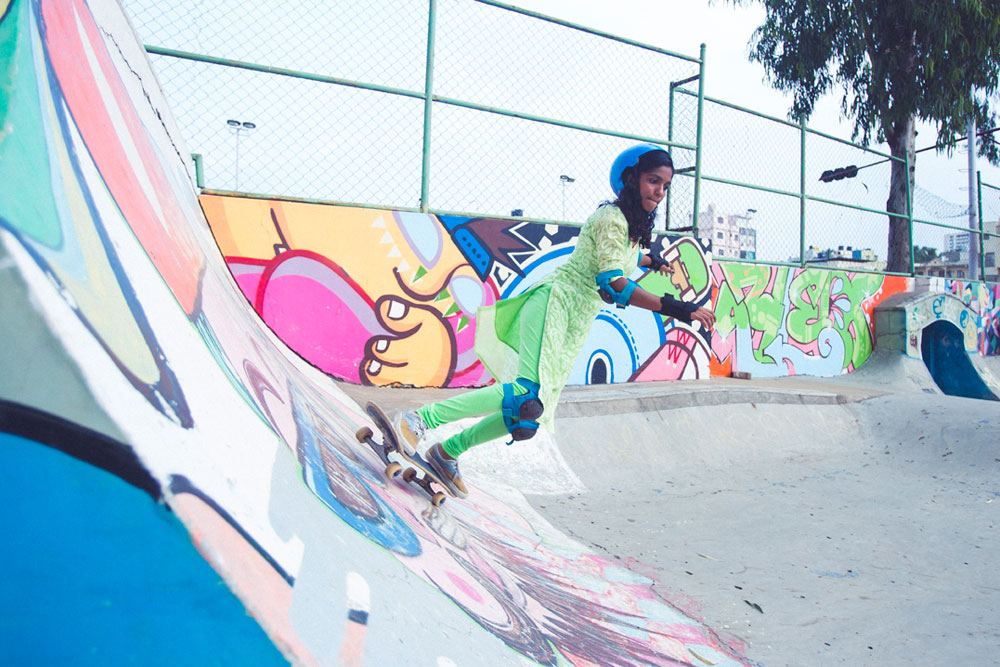 What about you? How has it changed your life?

It’s done so much for me that I don’t even really know how to explain it. I believe I am where I am today because of skateboarding. You don’t think that just a plank of wood can teach you so much, but I think that’s the amazing thing — something so simple can literally change your life. It teaches you to pick yourself up, because falling is normal — it’s just a part of the process, a part of the journey. Skaters fall all the time, before they actually land the trick they’re trying. So we learn to pick ourselves up and try again.

So now what? Where are you and skateboarding going from here?

That’s a really hard question for me, honestly, because it’s still a new thing — so it’s very difficult to see where it might go. I definitely think it’s just going to get bigger and bigger. I’m just trying to do my thing and see how much I can contribute. Once Girls Skate India gets bigger, I probably want to register it and make it an official organization. That way, girls who really want a career in it [skateboarding] will have a way to get there. But it’s going to take a while.

It’s kind of selfish, but I also want more girls to skate with. I’m not necessarily saying that I only want to skate with women and girls — we need everyone. I want to foster a more open-minded and inclusive environment for skateboarders. I think it’s so important to encourage that kind of environment. In fact, there are girls that skate in spandex, and there are girls that skate in chinos — a whole array of outfits. It just depends on what kind of girl you are. So more than anything, I’d like to have a diverse girl gang for support. It’s definitely a boy’s club right now.

When she’s not cuddling with her cats and dogs, Nrithya is a writer, doodler, and Netflix binge-watcher. She is easily bribed with chocolate, and often distracted by her own thoughts. Follow this pedantic trivia-junkie on Instagram (@mixelpixel25) and Medium (@nrithyamixelrandhir)