We all have that one moment that made us fall in love with a sport. Seeing Ronaldinho breeze past the Real Madrid defense, witnessing a rivalry of ages bloom between Rafael Nadal and Roger Federer, or looking with awe as the Master Blaster kept breaking records — these moments serve as an inspiration to the fans of the game and are revered as priceless memories of history. They tell the story of how people overcome all odds to be the best and these moments have helped millions pursue the impossible in life, no matter what the goal. The persistence and determination of these athletes are unprecedented and something we can all learn from as the world works in unison to overcome the challenges of today. So let’s look at some of the best moments in sporting history that exemplify perseverance and the power to defy all odds.

The Fight of The Century – Frazier vs Ali What made this bout legendary? Was it the politics, the societal aftermath, the sheer prospect of two titans clashing, or all of the above? Frazier vs Ali was rightly dubbed ‘The Fight of The Century’ and even today remains a contested topic of conversation. On March 8, 1971, two undefeated champs went head to head for 14 rounds and gave the world a day to remember. Watch it here: https://youtu.be/QUraXMe18pE When Adolf Hitler propagated his theory of Aryan supremacy, Jessie Owens decided to shatter this perception with his historic performance at the 1936 Berlin Olympics. Owens secured the gold medal in the 100m, 200m, long jump, and 4x100m relay events. Despite the many obstacles that Jessie had to overcome to participate, he left with 4 gold medals and showed the world that Hitler’s ideology had no merit. Watch this historic moment here: https://www.youtube.com/watch?v=N0ouprKFnl4 Buzzer-beaters are like the unicorns of basketball — a rare sight. Sinking one as the clock ticks down to zero is far more difficult than it sounds and few have done it better than the legend himself. On May 7, 1989, the Cleveland Cavaliers played against the Chicago Bulls for the deciding game of the playoffs. Both teams had won two games apiece and until the final seconds, the Cavs looked like they had this in the bag, Michael Jordan cemented his position as one of the best of all time by scoring the deciding points. What’s even more iconic is the celebration after. Watch one of the most exhilarating moments of basketball as it happened here: https://youtu.be/p5WUOnTxwPw

Miracle on Ice – America vs Russia What makes America’s miraculous win over Russia at the 1980 Winter Olympics even more spectacular is the backstory. As the Cold War brewed, tensions between America and the Soviet Union were at an all-time high. The Soviet Union had won the gold medal in five of the six previous Winter Olympic Games, and they were the favorites to win once more in Lake Placid. Team America went up against them with the hopes of securing a moral win for the whole country and the game turned out to be a magnificent exhibition of talent, heart, and sheer willpower. The last 10 seconds of the game also gave us the iconic “Do you believe in miracles?” line from the commentators and is today still regarded as one of the biggest moments in American sporting history. Watch the miracle happen here: https://youtu.be/qYscemhnf88 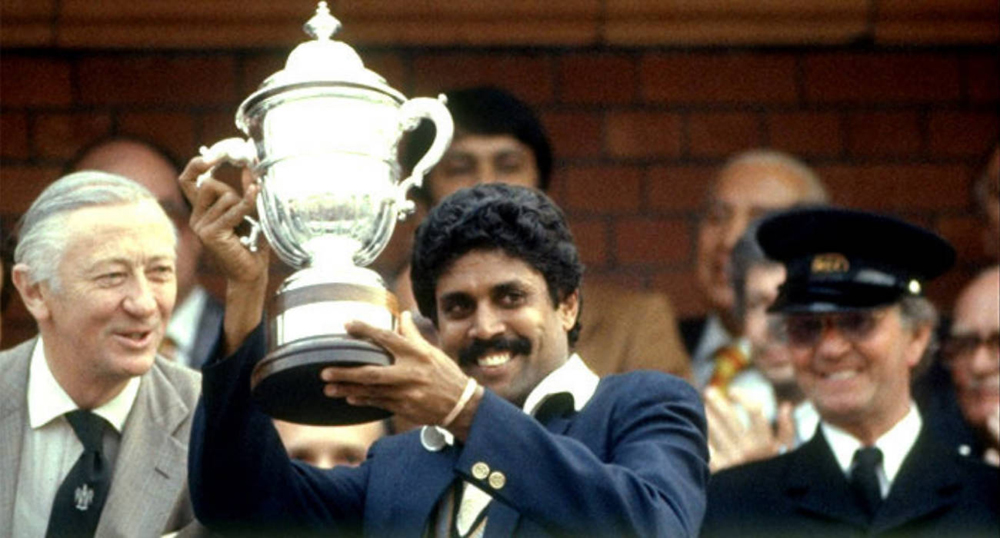 It was the 1983 Cricket World Cup Final and India were making their first appearance at the finals after defeating England in the first semi-finals. This was also the first appearance by an Asian nation in a World Cup final. West Indies had won the series prior to this and their team boasted a strong slew of players, with Viv Richards in peak form. The Indian team put up a total of 183 runs and took to the field to defend the score. Viv Richards was on a roll in front of the wicket with 7 boundaries, scoring 33 off 28 balls. His streak came to an end thanks to Kapil Dev’s athletic fielding. The odds were against the Indian team from the start but what followed was a display of brilliant cricketing. The defending champs were suddenly at 124/8, stunning everyone in attendance. The innings came to an end at 140/10 from 52 overs and gave India their first-ever World Cup victory. Relive the moment here: https://www.youtube.com/watch?v=BZNC3qCglLo Leicester City’s Premier League title was the most unlikely championship win of the decade. A team that was often regularly at the risk of relegation, Leicester began their 2015-16 season with a renewed vigor. Entering the season as 5000/1 long shots to lift the trophy, Leicester simply refused to lose, finishing their campaign with a record of 23-12-3. Their journey has lit a fire under many of the other mid-tier teams in the league and has gone on to show that football is a game that is as unpredictable as it is beautiful. The roar of the underdogs remains a frequently-recalled example for what is possible and we now see more teams rise up the ranks of top-flight football as a result. Watch it here: https://www.youtube.com/watch?v=gTbxrPQLxEo At the 2008 Beijing Olympics, Michael Phelps managed to win a total of 8 gold medals in the swimming category, trumping previous US Olympian Mark Spitz’ record of 7 gold medals in any single Olympic games. The feat went on to cement Phelps’ name as a legend in the pool and is widely regarded as one of the defining moments of athletic excellence of the century. Watch it here: https://www.youtube.com/watch?v=3o7I0FxFNeQ

Sports have the power to unite people world-over and the above examples are just some of the few instances where people defied all odds to emerge victorious. What are some sporting moments you always look back to? Let us know in the comments below.