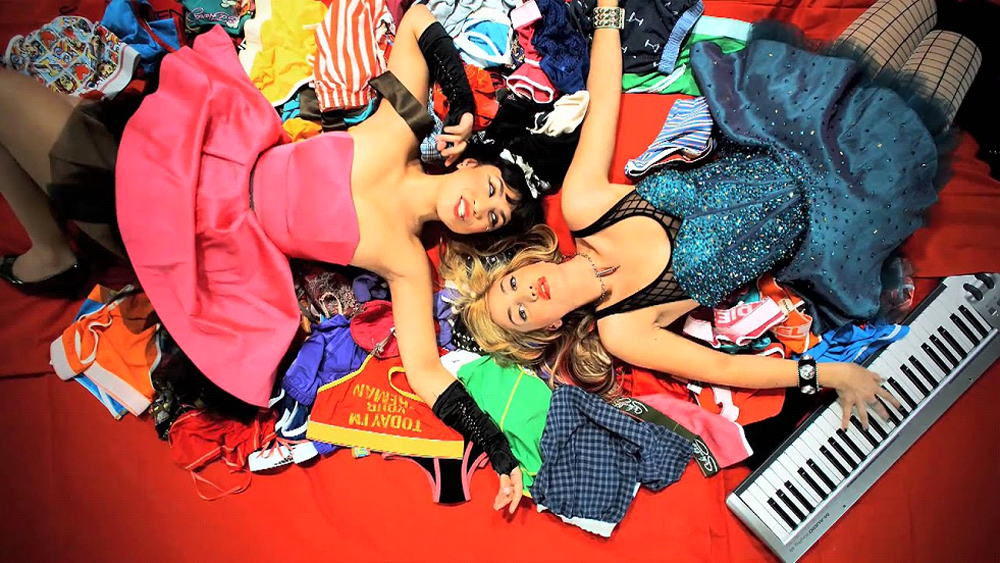 Comfortable underwear is highly underrated if you ask me. We tend to take the smooth, seamless feel for granted, but if you think about it, the foundation of any great outfit is great underwear. Slip into the wrong pair and it won’t matter how fab you look on the outside, you’re going to be plain uncomfortable where it matters. In my opinion, the underwear that keeps you going through the day deserves paintings, odes, and love ballads.

Fortunately, there are musicians who are in agreement. Here is the ultimate playlist for the celebration of underwear and the freedom they offer.

The electro-pop band from Iceland chose a minimalist title to go with this tune. Simply titled ‘Underwear’, the song and video feature bandmates running down the streets in their underwear to give their sleepy town something to talk about. The song is a melodic rebellion against societal restrictions.

Underwear by The Magnetic Fields

Next up is the late 1980s American band The Magnetic Fields and a song also titled ‘Underwear’. The track is a dreamy, romantic vibe crafted in appreciation of people finding freedom in their underwear. Add a few gorgeous French words to that and this is the most soothing suggestion on my list.

The last song with the in-your-face title ‘Underwear’ is seemingly less popular than the first two, but is still as catchy as can be. Actress Cassie Steele was a member of the band KaraMel when they released this track and provides a good bit of the vocals. This one is just for a bit of fun.

The Underwear Song by Wheelie

In 2013, Wheelie released ‘The Underwear Song’ and became considerably famous for it. The official video not only has the members of the band in their underwear but an entire flashmob of people behind them as well. This foot-tappin’ tune will be playing in your head all day long.

I Wanna Be Your Underwear by Bryan Adams

Fortunately or unfortunately (I’ll let you decide), this Bryan Adams song is a popular choice for karaoke parties. It’s got everything from a high energy melody to questionable lyrics, and just cannot be excluded from any underwear playlist created after it hit radio stations in 1996.

Kicking off the list that has less obvious titles is ‘Old Time Rock and Roll’ by Bob Seger & The Silver Bullet Band. The track is best known for making an infamous appearance with Tom Cruise in the 1993 film Risky Business. It has since been dubbed the OG ‘no-pants song’.

My Strongest Suit by the Spice Girls

The Spice Girls need no introduction — this all-girl band set the music world on fire when they debuted in 1994. ‘My Strongest Suit’, a song about dressing in style from innerwear to outerwear, is one of their lesser-known numbers but has the signature spice girl flair from start to finish.

Everyone has a favorite pair of underwear and that is exactly what this one is about. Liz Phair puts her favorite pair at the center of this unconventional love song. It compares the feeling of being in comfy, soft underwear to love — which I think is fair.

T-shirt and Panties by Adina Howard

‘T-shirt and Panties’ is a smooth R&B tribute to the beauty and comfort of an amazing t-shirt and panties combo. The song was originally written by Jamie Foxx and Billy Moss for a movie but did not make it to the big screen. It did, however, leave a mark on the music industry as a signature Adina Howard song.

The Power of Orange Knickers by Tori Amos

American singer Tori Amos partnered with Irish musician Damien Rice to bring us this melancholic number. This song is about the inner power, confidence, and freedom that come from wearing the perfect underwear. And in Tori’s case, perfect happens to be orange.

That brings us to the end of the ultimate underwear playlist. Groove to these beats while you contemplate the importance of comfy underwear and shop the comfiest from Jockey.